Timed during the one hour race by Derk Thijs.
This was not a pure time trial, there was some stayering allowed between riders.

Over 600 long distance specialists, mainly on racing bikes, appear at the start. In the end Theo only allows a German, an Irishman and four Italians, all on racing bikes, to finish before him.A remarkable achievement, because during ascending the rowingbike is somewhat slower than the racing bike. Theo’s just rode on during those three days, only stopping briefly for three hours of sleep during the second night. 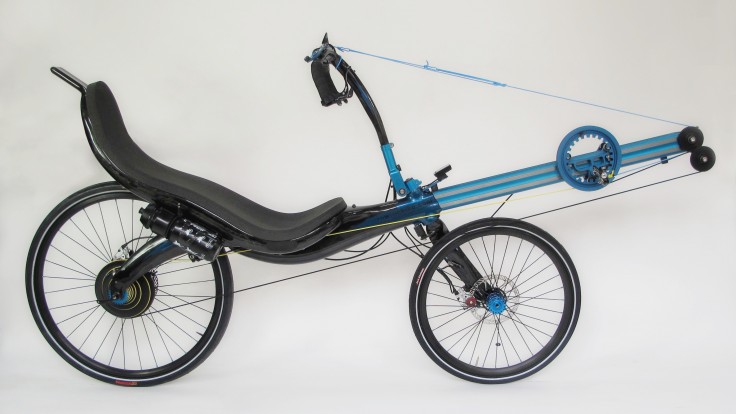 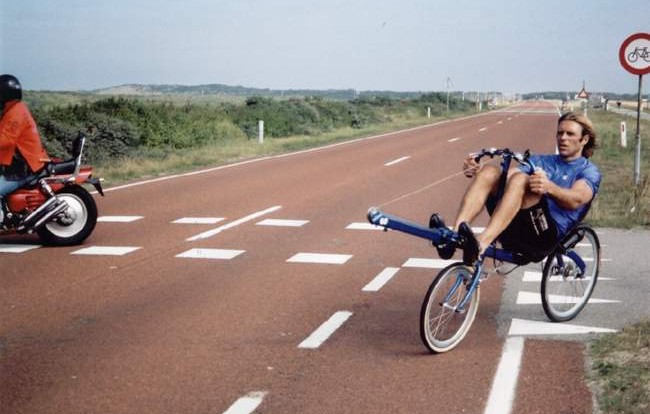 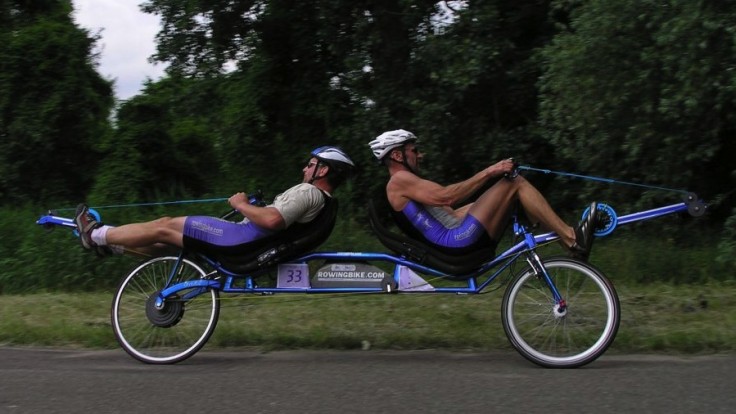 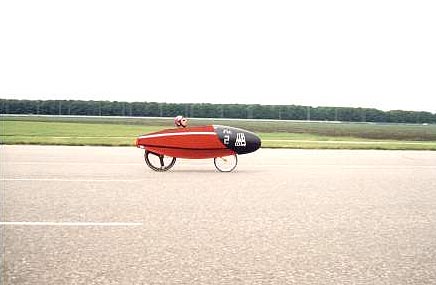 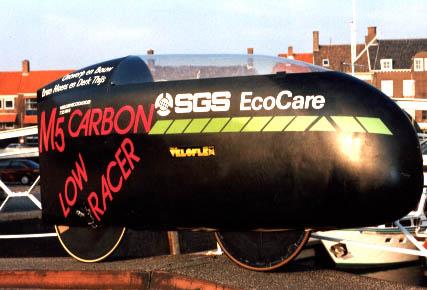 This very fast recumbent fairing, also designed and build by Derk Thijs and Bram Moens, unfortunately didn’t fully exploit its record potential. Only the 543 km long non-stop race from Trondheim to Oslo in 1997 was won by Bram Moens in 13 hours and 46 minutes.
‘Funny’ detail is that during the race, when it became apparent that Bram would be going to win the race by superior force, the official regulation was swiftly changed. The result being that the first place and the attached price money went to the first finishing conventional racing bicycle! Since Bram’s ‘recumbent victory’ recumbents are banned from the event.